The Sinfonietta Pomerania took its name from the Latinized variant of the Slavic word which literally means ‘The Land by the Sea’. It is an old toponim for a geographical and historical region — a narrow belt of land along the southern coast of the Baltic Sea, nowadays divided between Poland and Germany. The eastern boundary of the historical Pomerania lies not far away from the city of Gdańsk. In that vibrant metropolis and cultural centre The Sinfonietta Pomerania came into being. However, its name reflects much more than the place of origin. It shows the constant openness for the modern and the creative, which is typical of contemporary Gdańsk and which resonates in the music performed by the orchestra.

It is not a coincidence that The Sinfonietta Pomerania has debuted in January 2014 during The Days of New Music — a festival held in the Żak Club in Gdańsk and dedicated to familiarizing the local audience with the most recent trends in contemporary music with regard to composition and performance. The mission of The Sinfonietta Pomerania is actually similar. All the band members are devoted to the very modern musical repertoire and strive for sharing their fascination with melomans.

The concerts performed by The Sinfonietta Pomerania have received much positive reception from the critics and audience not only because the modern repertoire turned out to be an attractive cultural niche. Although the band members are mostly the alumni of The Gdańsk Academy of Music and belong to the younger generation, they are in fact young masters who have already gained outstanding achievements and awards as soloists, orchestral musicians or chamber musicians.

The cast of the Sinfonietta Pomerania is not fixed. Basically, it consists of fifteen musicians provided with various instruments, but that number might be reduced or enlarged in order to play chamber or symphonic compositions. On the other hand, playing only the most recent repertoire imposes on the orchestra certain duties — especially paying utmost heed to world premiers which requires the steady collaboration with the modern composers. Therefore, only in 2014 seven world premiers took place written particularly for The Sinfonietta Pomerania by the Polish composers of various generations and musical background.

These are the composers who have stood behind the idea of establishing the new orchestra devoted to such a repertoire. The founders of The Sinfonietta Pomerania are Andrzej Dziadek and Tadeusz Dixa. Andrzej Dziadek is a famous musician representing the so called Silesian school of composers. For ten years he has been connected with Gdańsk being a professor at The Gdańsk Academy of Music. He is also the head of the local branch of the Polish Composers Union and the chairman of the Sinfonietta Pomerania Foundation. Tadeusz Dixa is a composer and conductor connected with The Gdańsk Academy of Music and the art director of The Sinfonietta Pomerania. 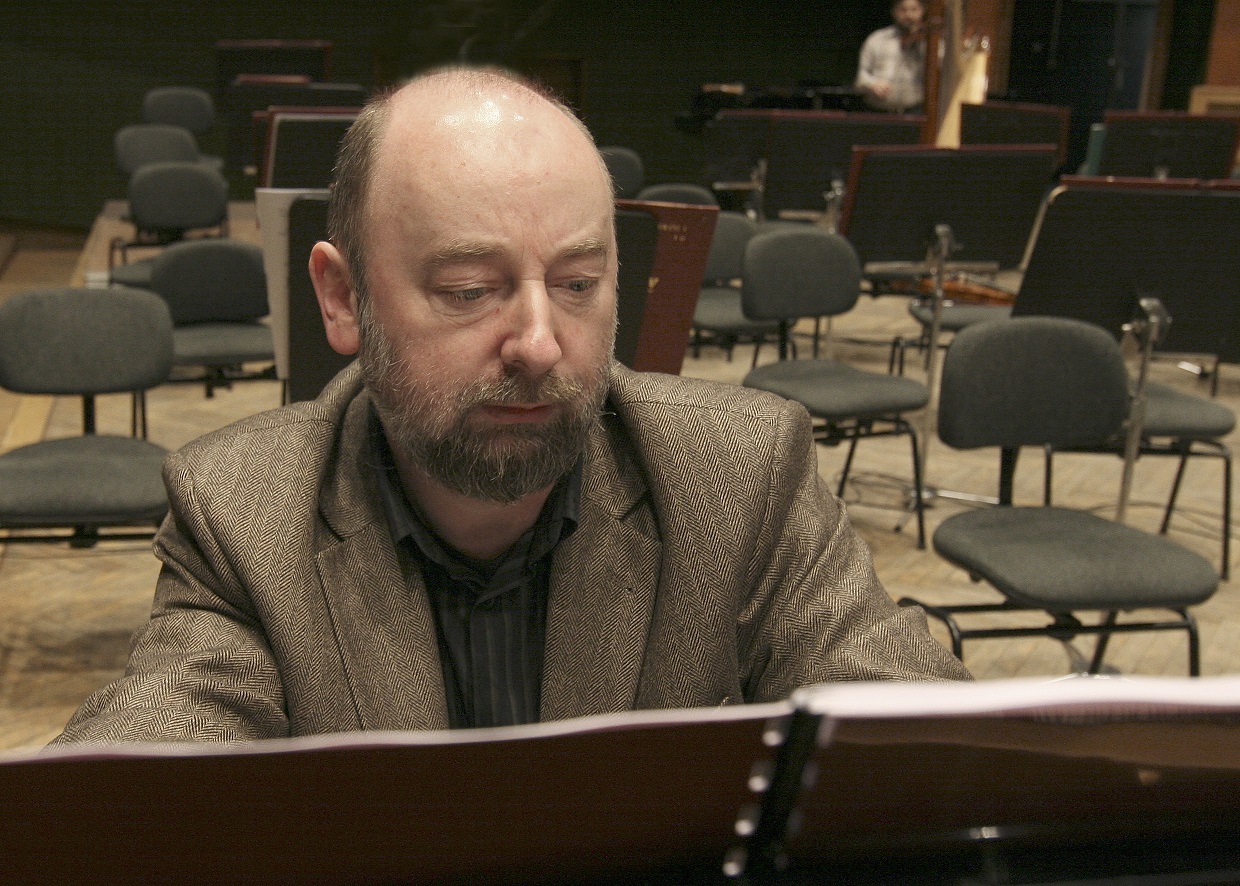 A composer and academic teacher, he was born 20.10.1957 in Jasienica near Bielsko-Biała. He studied composition under Józef Świder at the Katowice Musical Academy and graduated with distinction in 1986. Then he was accepted a scholarship grantee of the government of Austria and the Alban Berg Foundation and between 1990 and 1992 studied the composition under Francis Burt at the Hochschule für Musik und darstellende Kunst in Wien. He was also awarded with multiple scholarships by the Polish Ministry of Culture and Art, by the Polish Society of Authors and Composers and by the voivode of Katowice. He partook in many master courses on composition e.g., in Kazimierz nad Wisłą, Wien, Darmstadt and Borowiec. 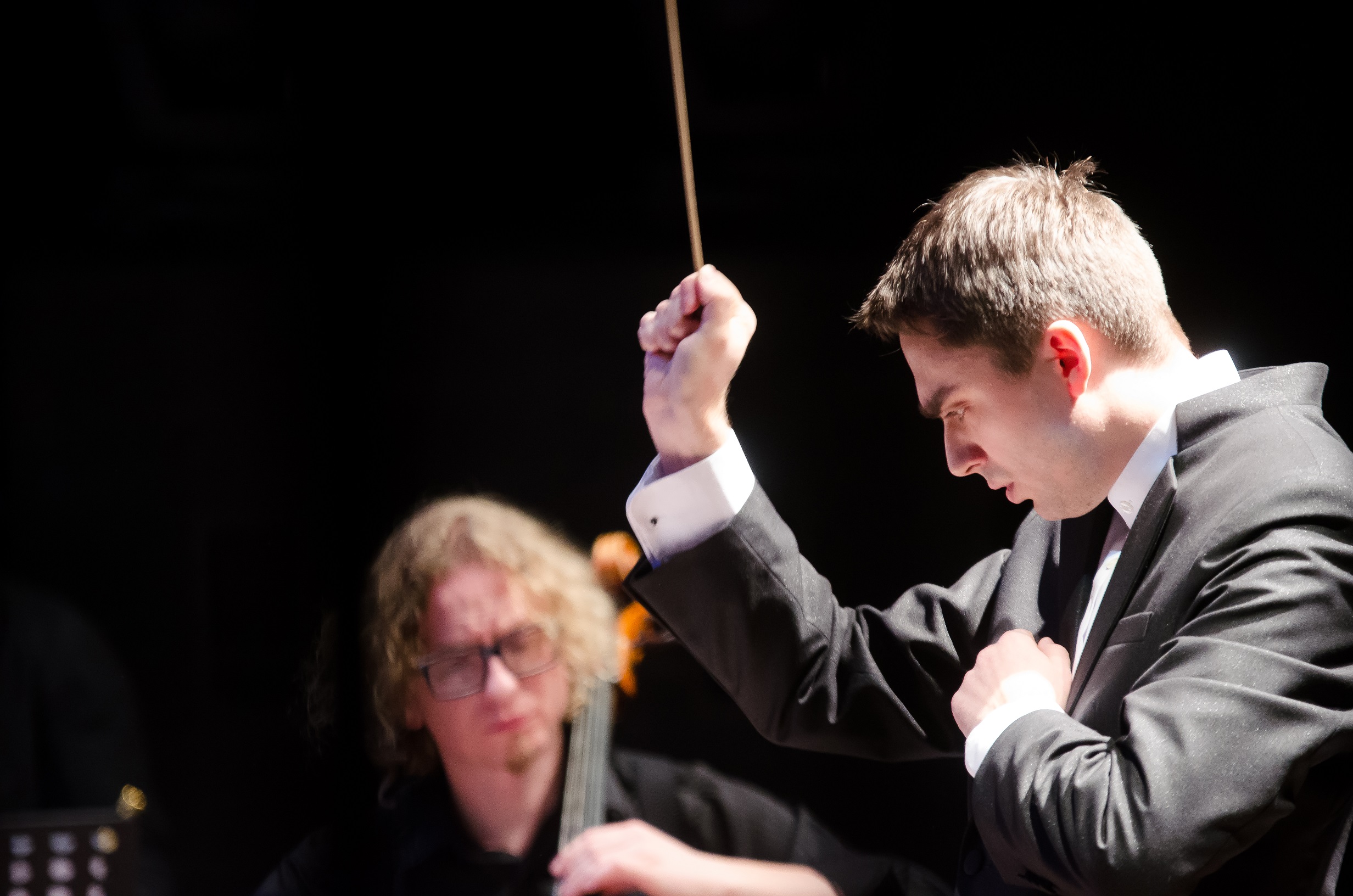 A composer, conductor and academic teacher. He was born 17.01.1983 in Gdynia. He graduated from the Gdańsk Academy of Music, specializing in the theory of music (diploma with distinction) in composition (under Andrzej Dziadek, diploma with distinction) and in symphonic-opera conducting (under Wojciech Rajski). As an ERASMUS one year scholarship grantee he studied composition and conducting  at the Universitat fur Musik und darstellende Kunst Grazin Austria. Twice he received the sholarship of the city of Gdynia.