The Sinfonietta Pomerania Foundation has a pleasure to invite everybody to attend The New Waves — The First Contemporary Music Festival held in November 2015. The festival is expected to gather outstanding soloists and bands devoted to perfoming the most recent classical music, among them The Sinfonietta Pomerania. More information coming soon. 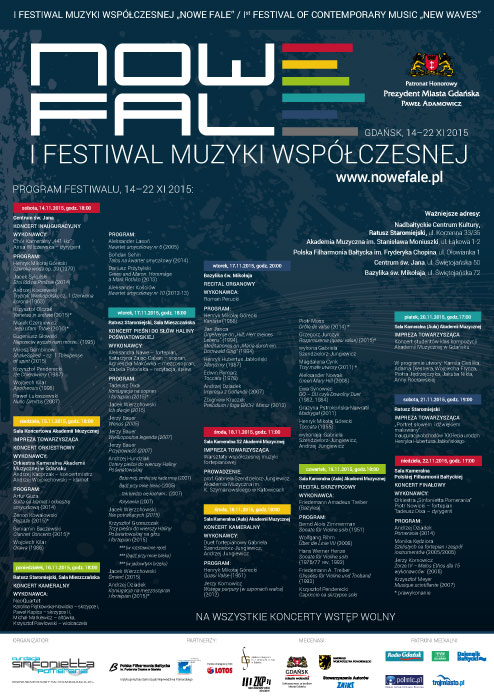 The Sinfonietta Pomerania is one of few musical orchestras in Poland devoted to performing modern classical music. The band consists of young but brilliant musicians from Gdańsk, focused on the promotion of the most recent musical compositions via their outstanding performances.

„The Sinfonietta Pomerania conducted by Tadeusz Dixa knows very well how to attract the audience attention. Its interpretation of the most modern musical repertoire is both mature and original, technically succinct but still full of emotions. It resembles mingling fire and water, the most subtle nuances and the most powerful and dynamic expression”